Help us to keep

site or give us a 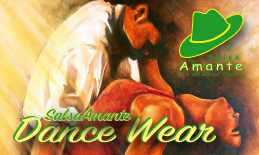 Bachata is in vogue. But in its origins the bachata was not very appreciated by the society, with the time it has been evolving and gaining an important place nowadays in the world of the dance. Little by little, the bachata has been arriving in many countries and contagious to everyone with its sensual rhythms, dance steps and above all with its romantic lyrics. Want to know how bachata came about? What has been its evolution until it has become the most danced in the current halls?

Around 1950, the rhythms that would form the bachata that we know today developed, replacing different initial instruments with others such as the so-called "guira" and some guitars. Therefore, at that time these rhythms were called "guitar boleros" in some areas.

In the following years, bachata was taking steps in many small places in Santo Domingo, always associated with the most humble people and the most socially disadvantaged neighborhoods.

But it was in the 1980s that bachata made an important leap forward, listening to itself in radio stations and other media and reaching people of all social classes. Luis Segura's song "Pena" was one of the greatest hits of the moment.

The first authors of bachata

Among the first performers of bachata is José Manuel Calderón, with important songs that have passed into the history of the most danceable music, such as "borracho de amor","luna","serpiente humana" and others. Other important names such as Leonardo Paniagua, Rafael Encarnación, Bernando Ortíz, Inocencio Cruz and others will join Calderón.

Between the late 80's and early 90's Juan Luis Guerra's first songs appear. His work "Bachata Rosa" quickly became one of the top sales positions in the Dominican Republic, spreading rapidly to other countries such as Mexico, Colombia, the United States, Spain, Ecuador, Holland, and many others. Special mention should be made of the Tinellers group, created in 1994, whose name would be changed to Aventura. His 2002 album "We Broke The Rules", with his hit track "Obseción", was a world record for sales worldwide, becoming an ambassador of bachata internationally. This band, Aventura, marked the path to follow for many other groups and artists, who were aware of the projection that bachata could have on the dance floors and dance halls.

The origin of bachata

Bachata arose around the middle of the 20th century in the Dominican Republic and the Caribbean. Its roots are in some African rhythms, Cuban son and bolero. In the beginning this musical style was valued and listened to by the most popular social classes, and rejected by high level society. Etymologically, the word bachata was known in the Dominican Republic as reunion or party, where people played and listened to popular music. Where were these dancing meetings held? Wherever you are, street corners, courtyards, public parks, etc.

What is the origin of this famous bachata singer? Anthony Santos "Romeo" was the vocalist of the band Aventura. In 2011 he decides to start a separate path.

His two works, from 2011 and 2014, under the name of "Formula" have gone around the world. Some of the songs included in them, such as "Mi santa","Propuesta indecente","Cancioncitas de amor","No tiene la culpa" and many others are international sales hits. Essential in a good bachata session.

* Dominican Bachata. As can be deduced from its name, it is the original style. It is also called "original bachata". The passages are usually free, made side by side and without turning, in more open or closed positions.

* Traditional Bachata. Its origin is in the United States and Europe and it is the most danced style in the world. With very romantic nuances, twists, visual drops and a hip strike on beats 4 and 8.

* Sexy Bachata. It is an evolution of the traditional one, with more importance to the corporal expression and the variety of movements. Usually short distances are used and the musical sensation is sought with eight hips and dry blows. The most important thing is the contact and the corporal expression between the couple, more than the turns or the work of feet.

* Modern Bachata. The current Bachata has been introducing different styles, as is the case of crosses, called crosses. Its execution is by crossing the feet in all the steps, 1, 2, 3 and 4.

* Urban or street bachata. It is a combination of typical Bachata movements and others such as street dance and hiphop. You dance in all directions, not just sideways.

Evolution of the bachata dance

As we have seen and as we have told you in other posts, bachata is a couple's dance characterized by the lateral hip movements. But bachata is a magnificent dance that has been receiving different influences and has caused that little by little it has also evolved.

Nowadays, on the dance floors we can see different ways of dancing bachata, which we will quickly mention below:

* Bachata tango. Another variation of modern Bachata, which combines with tango and its sensuality. Kicks, falls, spectacular turns and studied pauses offer a romantic and harmonious dance.

The good and beautiful thing about dancing is that everyone learns with what they learn and forges their own style. It is quite possible that people say bachata there is only one, but the reality is that when you see dancing these previous tendencies you do appreciate the differences.